Which Companies Will Lead the IT Industry's New Mainstream Platform? 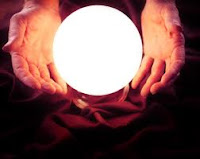 'Tis the season for predictions.

Let's see.  Well, we have the 2011 world prophecies from top psychic astrologers.  I was elated to read on this web site that "all predictions of life on Earth and End of the World in 2012 will turn out to be false and untrue."  So not only "false" but "untrue" as well.  Now that's a relief.

The 2011 Oscar predictions started making the rounds in October. CNBC announced earlier today that on Dec. 8 it will unveil its predictions for the 2011 economy.  I also saw an article about the 2011 food trend predictions made by 1,500 chefs.  And of course there are thousands of professional sports-related predictions including this one from The Orange Country Register:  Lakers will lose!

But in a sea of annual predictions on subjects that are really just trivial, there's one list that I look forward to each year at this time.  And once again, it did not disappoint.

If you haven't seen International Data Corporation's 2011 IT industry predictions, you can find it here.  You to have register with IDC to read it, but if you want only the summary here's the press release.

Here are the reports' highlights:


The key prediction from IDC is not only will cloud computing, mobile computing and social networking grow and mature next year, but they will "coalesce" into a new, mainstream platform.  And the players who are today's leaders in the cloud, mobile and social may not be the same companies who will be leaders of the new coalesced platform.
"In addition to creating new markets and opportunities, this restructuring will overthrow nearly every assumption about who the industry's leaders will be and how they establish and maintain leadership," said Frank Gens, senior VP and chief analyst at IDC.
In 2010, the cloud, mobile and social all found their rhythm.  Things will get even more fascinating next year when they share the same stage on prime time.
I don't know about you, but I can hardly wait!
Posted by Jim Barbagallo at 7:40 PM