You Know It's Real When It Enters the "Trough"

In August, Gartner Group released its annual Hype Cycle on Emerging Technologies. We here at 3Point Communications were awaiting the release of this year's Hype Cycle because we were particularly interested to find out if cloud computing -- which had been at the "Peak of Inflated Expectations" in 2009 -- would begin its descent into what Gartner terms the "Trough of Disillusionment."
You see, the ultimate goal of any emerging technology is to become an accepted technology as quickly as possible, go mainstream, thus lowering the cost of production. It is then that the investment in the new technology can be recouped and profits realized. This doesn't happen until the emerging technology makes the perilous trip through the Trough.
Some emerging technologies enter the Trough of Disillusionment never to be seen again, such as broadband over power lines, while others, such as interactive TV and speech recognition, are well on they way to mainstream adoption.
It is our belief that cloud computing will quickly become standard operating procedure for businesses and consumers alike, and this was confirmed by Gartner's recent report which has cloud computing going mainstream within 2-5 years. So seeing cloud computing entering the Trough was a welcome sight.
Here are five reasons we think cloud computing is here to stay:

We would interested in your thoughts on cloud computing. Are you there yet? Have you begun the journey? Or is something holding you back?

For the record, 3Point Communications embraces cloud computing and uses cloud-based applications to manage and run our business. 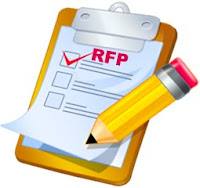 It appears that a  number of tech companies are taking the advice I imparted last week in Beyond the Arc:  that it's a great time of year for corporate communications teams to ask themselves a question.

"Are we getting the desired results from our PR agency?"

OK, so perhaps it's just coincidence that we're seeing increased interest from prospects, as is the competition, on the heels of last week's post, "Six Key Categories for Gauging the Client/Agency Relationship."

Whatever the reason may be (OK, OK, it's the time of year and not my post...I know, I know), companies coast-to-coast are gearing up for an end-of-year sit down with their agency or are further along and may be putting the finishing touches on a PR agency "request for information" (RFI) or the more elaborate "request for proposal" (RFP).

A prospect's invitation to compete in an agency "bake-off" is reason for celebration at most agencies, whether it's a boutique shop with a deep speciality or a full service global firm.  Of course, once the excitement of being considered by the prospect wears off, it's time to get to the hard work of fulfilling the proposal's many requirements.  Responses numbering 40, 50, 60 or more pages are not unusual.  Fulfilling the request can monopolize a small shop's time for weeks as well as the time of key employees at larger agencies.  Personally, I much prefer an RFP with a shorter deadline.  In this business, the more time you have, the more time you take.

Once the response is submitted to the prospect, it's pretty much out of the agency's control.  It's during this period that a participating agency holds its collective breadth, works on other business and tries to pretend that they're not phased or worried by the lack of communication from the prospect.  A prospect's silence is deafening, especially during business climates like this one when so many great agencies are hungry and pulling out all the stops to compete for new business.

And, while you're finally busy working on other projects, an email or phone call arrives from the prospect telling you what you had hoped to hear: that you're agency made it to the next round, typically a live meeting with the prospect and the key decision makers.

The agency review process is equally intense for the client.  But when done thoroughly and thoughtfully, the process should yield a successful and sustainable agency/client relationship.

Of course, some companies run end-to-end agency reviews better than others.  Kathy Cripps of the Council of PR Firms pointed out that some RFPs act "more like a barrier, rather than a gateway to a productive client/agency partnership."

From what we're seeing, RFIs and RFPs are getting better and better at clearly stating company objectives, what the organization truly values and wants from an agency, the scope of work, fairer timetables, etc.  So as an industry, we're making progress.

If you're interested, there are a number of RFI/RFP building tools and resources for companies to leverage.  Here are a few:


To include 3Point Communications in your agency review, please get in touch with the appropriate 3Point partner from our "Contact Us" page.
Posted by Jim Barbagallo at 6:00 PM No comments: 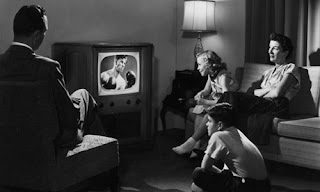 There was a time not that long ago when most Americans got their news and information from a combination of the nightly network news, the morning or evening newspaper and the local weekly newspaper.  We passively awaited delivery in print or broadcast and shared what we learned orally with family and friends. There are still places in America where that routine is the norm.  But even in the most distant outposts of the country, the days of passively awaiting information is waning as technology moves from top-down distribution of information to an open, many-to-many networked media environment.
I would suggest that any of our readers who who are interested, involved in or impacted by this change take a look at a study by the American University's Center for Social Media in Washington, D.C.  The authors set out to explore the impact of this change on public media and published an excellent white paper titled, Public Media 2.0: Dynamic, Engaged Publics.  In part, the research offers an assessment of the impact of new media on traditional media. While many of us have written about these changes, the AU research pulls them together in an interesting framework that makes sense out of a number of technologies that seem headed on a collision course.
The AU paper identifies five elements creating this massive change in the way we interact and access media. These "five C's:" Choice, Conversation, Curation, Creation and Collaboration are having a massive impact on our use of video, databases, social networks, location media, distribution, platforms and metrics.
In the words of the researchers, here are the specific items they identified:
The research then makes an interesting connection that illustrates how our changing media habits are affecting the tools we use and the ways we use them.  Again, in the words of the researchers, these trends involve:
When we look at these in isolation, the media universe may first appear as a random set of trends propelled toward some kind of chaotic convergence with an unknown and unpredictable outcome.  But when seen in relation to each other, there appears to be not only an order but at least a set of potential outcomes that we will look at in a future post.
Posted by Bill Bellows at 7:42 PM 1 comment: