For Enterprise IT Companies, the Value of the Cloud Goes Beyond Technology

If you’re a PR pro, securing coverage for your technology company, or client, in the top business publications has always been a crowning achievement. It’s the type of coverage that puts wind in the sails of a PR professional, not to mention what it does for the company itself. Of course, I’m talking about positive business press coverage. When it happens, the company CEO might walk the halls of his or her company with the coverage under one arm, showing off the story in good old fashioned black and white to anyone who glances in their general vicinity. It might be a thoughtful quote from a top company executive or a quote from a financial or market analyst that included mention of your company’s name. Perhaps the business article merely states the name of your company along with the competition. It’s all good.

When The Wall Street Journal, The New York Times, BusinessWeek and other top business publications call, a company’s communications department typically puts the brakes on whatever else it is working on to focus on the great opportunity at hand. Historically, the bigger the company, the greater and more frequent the interest from the business press. In the past, IBM or HP or Motorola had a better chance than smaller companies did of having their story heard by the big business books.

That was then. This is now.

A recent report by ITDatabase reveals that the behemoths of the tech world aren’t getting their proportionate share of business press coverage. And companies several rungs below the largest tech companies, but still generating several billions of dollars in revenue each year, are rarely if ever mentioned by the business press – at least looking back at the last six months.

The Wall Street Journal, The New York Times, Forbes, Fortune, BusinessWeek, The Economist, The Financial Times and USA Today were included in the survey. Company print and online mentions and blogs run by the participating publications all were taken into consideration.

“Enterprise IT is woefully underrepresented, despite being the cash-cow in the industry,” notes Dave Rosenberg, who blogs on disrupting the software market and is an adviser to ITDatabase.

While it’s not so surprising to learn through the report that Google and Apple are very well represented in the eight business publications, the delta in coverage between companies like Twitter and Facebook (the shiny new toys) vs. the icons of the tech world -- IBM, HP, Dell and Intel, Oracle and Cisco – is significant.

Rosenberg asks if it’s “reasonable to expect that tech categories (no matter how dry they might be) receive attention proportionate to the revenue they are driving? Or is biz press tech coverage about entertainment?” He said readers gravitate to stories about their favorite brands and are interested in the “latest and greatest” technology trends.

For enterprise IT, the latest and greatest trend today, and anytime in recent memory, is cloud computing. A simple Google News search on “cloud computing” this morning displayed 15,368 results and includes coverage in the big business books as well as second tier business publications, like The Chicago Tribune.

“Real men have fabs.” That famous quote from the early 1990s, is usually attributed to Jerry Sanders, Chairman of Advanced Micro Devices, and was used to underscore the belief that owning a semiconductor manufacturing facility, or fab, was the only way a semiconductor company could be successful.

Many innovative chip companies saw things differently, however, and by the mid-1990s there were many successful “fabless” semiconductor companies. These pioneers realized that the $1-2B it cost for the construction of a new fab every couple of years was not only prohibitive from a cost perspective, but also not necessary at all.
These chip makers turned to TSMC, UMC, Seiko-Epson and even IBM for the manufacturing of the wafers and chips, while focusing their efforts on design innovation, testing and marketing.

By the mid-1990s, many of these fabless chip makers were among the most profitable companies in the semiconductor industry.

The continuing economic downturn has forced all companies to take a hard look at cutting, or at least managing, costs. The semiconductor industry is no different from other markets, and every chip maker is looking for a way to turn fixed costs into variable costs.

In his post on Xuropa last year James Colgan said that one way semiconductor companies plan to turn fixed costs into variable costs is by moving parts of the EDA (electronic design automation) flow to a SaaS model, where components of the semiconductor design software reside in the cloud.

Clearly there is a trend in the semiconductor industry to take advantage of cloud computing as a way to reduce costs. The chart below shows the adoption curve for many of the EDA modules migrating to the cloud.

This will have ramifications for how EDA companies such as Cadence, Synopsys and Mentor Graphics market their products to customers. No longer will customers want to purchase costly software design tools, or even licenses to those tools, if they can use them via the cloud on a pay-per-use model. This trend is just now in its infancy, as is the way EDA companies talk about their relationship to cloud computing.
But as rapid as other software applications have moved the cloud, we're probably not too far away from hearing some stubborn semiconductor executive stand up and proclaim that "real men have CAD."
Posted by Steve Jursa at 8:00 PM 1 comment:

Can Too Much Hype Detour the Year of the Cloud? 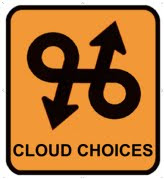 One of the interesting things about working in the communications arena is observing time and again how rapidly fundamental ideas with great potential move from inspiring to confusing as they climb the hype cycle. Often, the result of accelerated hype is that customers tend to wait and do nothing.  While there are legitimate technical hurdles -- particularly in security -- that need to be crossed before enterprises migrate to the Cloud, I wonder how much the real benefits of Cloud Computing have been obfuscated by the seemingly endless discussion of a technology at the peak of the Gartner Hype Cycle.
When you strip away communication excesses, we believe there are four major advantages Cloud Computing offers the enterprise customer:
For those enterprises that do not invest heavily in information capital as a core competency, we might also add greater IT expertise to the list of benefits.

The Cloud discussion is also confused by various approaches to Cloud Computing.  So, let's try to simplify that:
For large enterprises, four key issues restrict their willingness to fully embrace the external Cloud. We simply refer to this quartet of concerns as “SECREG” -- security, compliance, reliability and governance.

Security issues remain unresolved -- at least to the satisfaction of many large enterprises.  For many, compliance and governance -- particularly in Europe -- are also major issues.  These issues make Private Clouds the most likely first choice of many enterprises.

But some feel Private Clouds will migrate quickly toward a Hybrid Cloud model.  Hybrid Cloud models enable enterprises to protect core data in secure internal systems, while taking advantage of some of the benefits of an external Cloud. This might be driven by the need to offload non-core information during peak activity periods or the need to access some specialty cloud-based service, like threat-intelligence networks compiled by security companies.

Hybrid hype is coming soon and offers a reasonable value proposition that enables enterprises to justify a secure migration rather than a wholesale change. Hopefully, the added hype won’t add to customer confusion. The clarity of communication might help determine whether 2010 becomes, as some predict, the Year of the Cloud.
Posted by Bill Bellows at 9:15 AM 1 comment:

What Cloud Computing Means For Marketers

Cloud Computing has become one of the top trends in technology, with the business world buzzing about the potential and leading innovators like Microsoft to dedicate significant resources to be at the forefront of this trend.

The IT and operational benefits of the cloud are becoming well-known – increased efficiencies, lower barrier to entry for smaller companies, increased flexibility, etc. Even we at 3Point have embraced cloud computing operationally, leading to some nice efficiencies. However, what is the value the Cloud offers marketers? Often marketers turn a deaf ear to technology talk but this is a topic that has the potential to be hugely liberating for marketers, enabling great digital experiences for customers and enhanced revenues for companies.

What is cloud computing? Simply, all the computing infrastructure and intelligence (software, data and servers) is owned and managed remotely by a third party, and accessed via the internet using a web browser. Within cloud computing is software as a service (SaaS). Many of the innovative CRM, marketing automation and social software vendors operate via a SaaS model of delivery. But why is this important to a marketer focused on sales, brand value and customer experience, not how technology is delivered?

It matters because this approach can be hugely liberating for marketers, particularly in enterprises where the IT function is frustratingly slow for marketers trying to keep up with the breakneck speed of changing customer expectations online, and where putting together a business case in new areas of digital may be challenging. Among the primary benefits:

Cost. Cloud services are drastically less expensive than tradition hosting options, so marketers can do more and innovate more with their money. Cloud services enable some basic things such as faster time-to-market as solutions can be built in less time.

Faster scalability to better keep up with the variables of marketing campaigns and user traffic. In the past companies would have to prepare for an ad, email, keyword, or offline-online campaign and get resources ready on standby and have difficulties implementing mid-campaign course corrections. With cloud services campaigns can scale on demand with a lower cost and faster timeline.

Strategically, social services are enabled through cloud computing. New offerings like Facebook Connect, Twitter/delicious/reddit/digg/etc. apis, or even YouTube embed capabilities are all cloud services that enable you to drive traffic to your site without having to build your own social network. Facebook Connect is a cloud service that enables the portable social graph bringing users to your property. One user post back to a user’s Facebook wall results in three more users accessing the site. Customers tried to build social networks on sites like flip.com and other properties, now they can tie into the cloud service and get the same functionality in a fraction of time .

Most importantly, Cloud services allow us to think less in terms of technology architecture and more in terms of the marketing processes and workflow supporting the desired end-result. The Cloud smoothes a lot of technical complexity and assumes everything can be easily and integrated in real-time allowing marketers to focus on marketing and creativity. Blogger Adam Needles captures this idea well in this post and the situation has continued to evolve. We anticipate more and more company marketing departments will adopt the Cloud as a model and this will lead to new innovation in the design and implementation of campaigns.

If technology is becoming increasingly integrated into how you sell, manage relationships and build your brand's reputation, take a closer look at the Cloud. There are opportunities to increase simplicity, enhance control while at the same time lowering costs and increasing flexibility. And most important, providing marketers the opportunity to focus on marketing not IT.
Posted by David Schneider at 12:55 PM 1 comment: