The King is Dead, Long Live the King

Much has been written recently about the continued success of powerful technology companies such as Google, Facebook and Apple. These companies are reshaping the entire landscape of computing and telecommunications; how we talk to one another, how we gather information, how we entertain ourselves, and are leading the way toward a new way of human connection and interaction. As these companies ascend in prominence, many pundits have been simultaneously predicting the demise, and possible death, to the once all-powerful tech giant Microsoft. The PC is being replaced by tablets, smartphones and tablet/smartphone hybrids. As that happens, these pundits predict, the billion plus users of the Windows OS will stop buying from Microsoft and will begin using operating systems developed by Google, Apple, RIM, Nokia and others. This past summer, in an attempt to fight back, Microsoft decided to enter the smartphone business with Kin, which turned out to be one of the most disastrous new product introductions in the history of the technology industry. Microsoft pulled the plug on the ill-fated product less than a month after it was introduced. Again, the pundits had a field day with this news, using it as further evidence of Microsoft's decline. So it might be easy to dismiss the lumbering giant as a dinosaur headed for extinction. But not so fast. At this year's CES, video game consoles, along with smartphones and tablets, are center stage. And no company's video game console is selling more units in the US than Microsoft's Xbox, which moved 1.37 million units in November alone. The new Kinect accessory for the Xbox sold more than 8 million units in its first 60 days on the market. On the smartphone front Microsoft launched its Windows Phone 7, or WP7, in October and according to the company it has sold more than 1.5 million units in the first six weeks. In addition, the WP7 had more than 5000 apps available in the marketplace and reached that number 3 times faster than Google did with its Android OS. The analyst firm IDC says, "it is precisely the broad launch and sure-footed execution that allows us to predict long-term success for WP7 at this early stage." So obviously Microsoft learned a thing or two from its misstep with Kin. Microsoft's search engine, Bing, is now the power behind Yahoo Search and achieved its highest levels of success to date late in 2010, and the company expects Bing growth to continue. And with what might be Microsoft's biggest bet of all, cloud computing, the company seems to be fairing quite well as evidenced by its recent wins of federal, state, and local government contracts. Sure, Microsoft isn't perfect, and it is no longer the industry behemoth it was a decade ago, but it is still a force with which to be reckoned. It is a company with more than a $200 billion market cap and more than $35 billion in cash on hand. And with all of the momentum of the company's smartphones, game consoles and cloud computing, I think it would be unwise to count Microsoft out of the game quite yet.
Posted by Steve Jursa at 12:54 PM 1 comment: 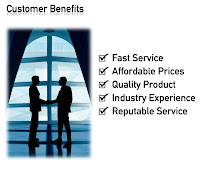 This recession is no different.

Like many professions, public relations saw its fair share of new agencies, small companies, formed in the post-2001 period.  These independent shops were formed by PR pros who were displaced by the firms they worked for.  Many of these were large firms owned by the big holding companies; firms that bulked up during the dot-com mania and then thinned its ranks when the bottom fell out.

Not every new firm survived, of course.  But many did and some ten years later they are prospering or at least are weathering the storm of the current economic downturn and are looking forward to a stronger 2011.

In the recession that allegedly ended in June 2009, big marketing services holding companies once again displaced personnel -- en masse.  Of course, no industry or profession was sacred in this recession.  And, as in the 2001 downturn, the Great Recession of 2008 led to hundreds of spin outs from large PR agencies.

That is, in fact, how 3Point Communications came to be.  In the broadest sense, 3Point is an Omnicom Group spin out.

Ultimately, PR agency customers are the great beneficiaries of all this.

As the recession dust finally settles, the big agencies all are still standing. Some are lighter than they used to be. But many are now spending money to add new services (social, digital), hire specialists (social, digital), acquire specialty companies (social, digital), and expand globally - especially in Asia.  In the meantime, the newer entities are aggressively building their brands, reputations, staffs, developing their unique selling propositions while going head-to-head against the goliaths for the same pieces of business.

That's how the customer benefits.  The dynamics of the new communications landscape forces everyone to get better.  Big agencies are now not only competing with their peer group, but also with hungry, smart startups.  Or is is upstarts? And the startups/upstarts are moving quickly to build ultra competitive-offerings that tells a customer that being bigger isn't as important as faster and reputable service, a high quality and comprehensive offering and industry experience at affordable prices without the overhead.

Posted by Jim Barbagallo at 4:40 PM No comments:

Is Your Professional Value Diminishing?

If you are a PR professional stuck in traditional media relations, you probably know that your professional value is diminishing.

The days of interruptive outbound PR are ebbing away. While you still may get kudos for a well-placed article in a publication, you might need a detailed analysis of what that article meant in terms of generating qualified leads or re-Tweets.  Marketers today need to be triple-threat athletes, equally talented in three key areas: content, technology and market research.  And PR professionals need to come inside the marketing tent to figure out how to redefine their skill sets to work more collaboratively with the rest of marketing.
You still need to research, develop and write great stories and messages based on business objectives, but you also need to be sure those stories are adapted for target market segments and packaged in ways that each segment understands and values.  You will need to know how to use that content to drive readers to take action -- preferably to a landing page or website.  And you need to know how long they stay there, what they look at and whether or not they buy.  Your job is no longer just about generating press coverage and dropping a stack of clips on someone's desk.  Your job is creating great content that generates coverage and qualified leads.  You, my friend, are now either a bona fide digital marketing expert or a side show to the main event.
You think I'm kidding?  A recent McKinsey study found that marketing now oversees 74 percent of customer-facing Web 2.0 initiatives.  Marketing also is increasingly involved in Web 2.0 initiatives involving suppliers and partners.  In other words, marketing is moving into a position where it tried to go for many years -- driving business decisions based on understanding the people who buy the company's products and services.  The difference between then and now is that marketers today have a direct connection to customers via digital media, and they are armed with the ability to measure and analyze the results of those efforts quickly and accurately in ways that draw the attention of the rest of the C-suite.
The door is wide open for traditional PR professionals to expand their awareness and their effectiveness, but it is closing fast as a new generation of professionals who have grown up with the world of digital PR moves to the forefront of meeting the digital marketing needs of internal and external clients.
Posted by Bill Bellows at 11:23 AM 2 comments: