10 Public Relations-related Discussions I Could Live Without 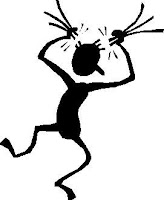 Everyday I look forward to the avalanche of creative ideas, links to information and news I wouldn't see otherwise, the levity, the quirkiness and the provocative conversations, blogs, tweets and posts and all that spills forth from my favorite social media networks.
Well, almost all that spills forth...
We're probably a lot alike in that we start each day by browsing Twitter, Linkedin, Facebook, etc., and end each day pretty much the same way.  We want to know "what's new" even before we get out of bed (some of us).  And in just a few minutes, before we take that first sip of Sumatra or Chai, we have a pretty good take on the conversations that took place while we slept and about what's trending for the day ahead.
Unfortunately, however, much of the creativity and thoughtfulness that is shared within our social networks - I'm finding -- is being offset by the seemingly never-ending regurgitation of (too) familiar discussions.  I am specifically speaking of the conversations taking place within the world of public relations. And more specifically, technology public relations.
This may sound a bit like whining to you.  I'm sure it would to Seth Godin, who blogged just today about whining.


Mr. Godin says whining is just a waste of time.  He's right.  Still, I believe everyone has the right to whine, albeit only once in a while.
Today, it's my turn.
With that, I give you my short list of regurgitated, recycled and restated discussions which are taking place in a PR-oriented social media community near you. All are discussions we, 'er I, can live without:


Phew.  Quite a list.  But I'm sure I missed a few, so please feel free to weigh in with your personal favs.

Posted by Jim Barbagallo at 3:55 PM No comments:

After Innovation and Marketing, Everything Else is Detail. 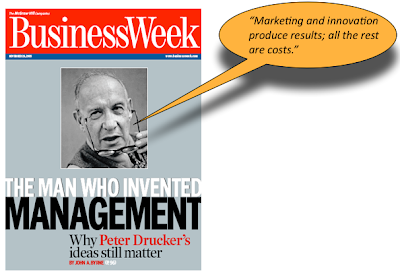 The great business educator Peter Drucker once said that business is about only two things: innovation and marketing.  Everything else, he said, is details.
So when these two elements appear simultaneously, something magical happens.
Something...like the iPad?
The iPad was anticipated for at least six months ahead of its launch in April 2010, and 3 million of the devices were sold in the first 80 days. Yet, more than six months later, there is not one viable competitor in the market.  Despite volumes of media speculation and analyst forecasts, there still is no competitor to Apple in the hottest new segment of the personal computing and mobile markets.
Apple expands its market around the globe, adds retail and partner channels and readies for an update to its OS, while its formidable competitors struggle with basic design for v 1.0.  They debate form factors, operating systems, interfaces, design, applications and battery life before they even tackle the harder of question of figuring out what is left of the market and how steep do they have to discount to win customers away from the iPad.
In the iPad, as in most things Steve Jobs creates, innovation and marketing aligned. A visionary and passionate leader, an incredible design, a Blue Ocean market opportunity and a product that exceeds the expectation of its customers have made the iPad a runaway success. That doesn't just happen one morning when someone wakes up and decides to find an innovation.  It happens when leaders are passionate about building cultures around innovation, design and usability and rigid about making sure it occurs at every level of the company and never stops.
When that occurs, a product can be marketed with the deft subtlety of the iPad because the product speaks for itself.  I would ask you where, in the iPad does innovation stop and the marketing begin? That is what makes Apple great.  Peter Drucker would be pleased.

Posted by Bill Bellows at 2:20 PM No comments: