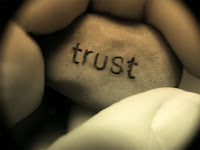 The Daily Beast must have an editorial calendar that builds in a university ranking of some sort every few months to boost readership and grow its follower numbers.

Earlier this week the news website released a new list, "50 Druggiest Colleges," sending the public relations and administration offices of 50 colleges and universities scrambling to either respond or to at least generate a message that could be sent to students, faculty, friends and the media.

Just about every time The Daily Beast releases a university ranking, it gets slammed for its use of unscientific data and analysis.  In the instance of the "50 Druggiest Colleges" list, it included inaccurate information about at least one university which greatly influenced the institution's ranking on the list.  Subsequently, The Daily Beast reported the correction and dropped this particular university's ranking by 21 spots.

But the damage had already been done to this university and to the 49 others who made the list.  Who reads corrections?  And besides, The Daily Beast had already received what it wanted: coast-to-coast news articles on the ""50 Druggiest Colleges" ranking since nearly every state in the U.S. was represented.

Time will tell if this convenient marriage has legs or if it's just a weekend affair.  If The Daily Beast is looking to earn credibility in the world of online news, though, its best bet is to learn to be more responsible.  It might start by reducing its over reliance on data for its university ranking features from the likes of College Prowler and employ a scientific method for collecting and reporting on useful data.
Posted by Jim Barbagallo at 2:59 PM