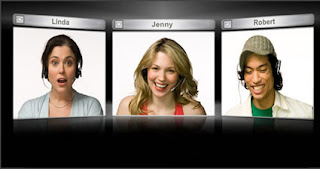 Skype's announcement of its S-1 filing earlier this week is exciting and welcoming news especially during a period when the global economic picture for the remainder of 2010 is looking rather bleak.  If anything, the announcement was at least a distraction from the Fed's comments that the economy is slowing, the recovery remains sluggish and the threat of deflation looms.  That combined with recently reported unemployment statistics means the announcement of the pending Skype initial public offering (IPO) could not have come at a better time.

The announcement put a smile on my face, but to be honest, it only takes a hint of good news to do that these days.

There are tens of thousands of news stories and blogs posted this week covering Skype's S-1 filing from every conceivable angle.  "Is Skype's Filing Premature?"  "Will Investor's Buy if Customers are Hooked for Free?" "Is the Skype IPO Really Such a Hot Deal?'

But I didn't see many posts about Skype's competition, specifically in the video communications space. So I thought I'd spend a little time on one competitor in particular.

First of all, I do Skype -- occasionally.  And 100 percent of my Skype calls are of the free video call variety.  That's another thing - Skype as a verb.  "Hey, let's Skype when you get back to the office."  Or, "Skype me when you get settled in Singapore."

But also like ooVoo, a Skype competitor.  "Do you ooVoo?"   "Why yes, I actually do ooVoo?"

ooVoo is a New York-based video communication service company.  Its customer base pales in comparison to Skype's though the company claims it is adding more than 600,000 customers each month.

The 3Point team has been using ooVoo for quite some time and with great results.

The video and sound quality is truly amazing, for free or otherwise. I encourage you to give it a try.  I find it's a lot easier and more natural to have a conversation using ooVoo's video communications solution than Skype's.  Apparently, so do 8 out of 10 Skype users who participated in an ooVoo blind study.

You can read more about the results of the study here and then you can decide for yourself by downloading ooVoo's free application.

With that said, I'm ecstatic about Skype's plan for an IPO.  Skype released the first public beta version of its software seven years ago this month and since then it has worked doggedly to build a strong global brand and excellent products.  By announcing it's S-1 filing now, it has pumped some life into what is traditionally one of the slowest investment months of the year.  And it keeps 2010 on track as a rebound year for tech IPOs and IPOs in general.

In a self-serving but related note, if you haven't had a chance to download our eBook on "Communicating as a Newly Public Company," there are some good tips in it and you can get it here.
Posted by Jim Barbagallo at 6:58 PM