Robert Dudley's Mission of a Lifetime 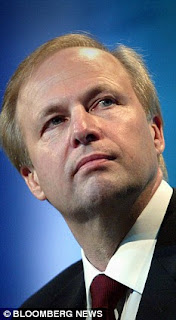 Robert W. Dudley has accepted the mission of a lifetime.

As the new leader of embattled BP, Mr. Dudley has a full plate.

Dudley is charged with picking up the twisted pieces of a massive train wreck and putting it all back together.  Quickly.

He'll need to stand in the fire and not get burned.  He'll need to be decisive and fearless.  But also calm and thoughtful.  Never let anyone see him sweat.

He can't afford, nor can BP, to say the wrong thing -- as his predecessor did on too many occasions.

Dudley needs to move without delay to restore trust among regulators and investors.  But also among BP employees at every management level around the world.  I don't know anyone who works for BP, but I can imagine the conversations they have been part of during summer cocktail hours.  And I suspect many of these discussions were unpleasant for BP employees.

BP has been accused by a number of watchdog groups for taking the easy way out -- cutting corners.  One such watchdog group charges BP with a "culture of recklessness."

How will Dudley move his troops toward a culture that values safety above all else?

Dudley and BP can't afford to do anything less but to deeply engage everyone of its 80,000 employees to rebuild the company's culture and reputation.  The days of pretty boy Tony Hayward and lip-service treatment to important issues are gone forever.

Here are a few additional suggestions for Mr. Dudley and BP as the company goes through the most important CEO transition in its 100 year history.

Posted by Jim Barbagallo at 4:18 PM