Controlling Cancer for Pennies in the Cloud

You might know how bullish we are here about the potential of the cloud. You might even go so far as to think we believe the cloud could help cure cancer!  You might be right. 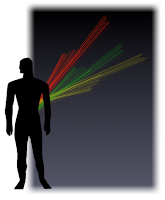 We came across an interesting story this week about an assistant professor of computer science at the University of New Mexico named Shuang Luan.  Professor Luan specializes in finding ways to apply computers to improve treatment for cancer patients. Last year, Luan's team decided to tackle an interesting treatment issue facing the medical community. Researchers realized the best way to treat cancerous tumors with radiation was to attack one damaged cell at a time. By doing this, they avoided collateral damage to adjacent healthy cells during treatment.

They could reduce a week of calculations to less than 15 minutes at a cost of about .10 cents an hour for computer time.

But the math is a problem, specifically the complex Monte Carlo simulations required to figure out where each proton and electron from the treatment beam will travel during therapy. These calculations help medical physicists determine how much radiation should be used and at what precise angle it should hit the tumor. Of course the path of the radiation is indirect and different for every tumor.  The beam has to travel through muscle and fat and bone, all of which needs to be taken into consideration to map the target area to achieve the kind of pinpoint treatment envisioned by the researchers. Calculating this takes hundreds of hours, so the only viable solution was to use a super computer -- base cost about $150,000 before you pay for those pesky add-ons like peripherals and software. The time and cost required to apply this to every tumor clearly exceeds the scope of most physicians and insurance coverage, so the only alternative is to use far less precise short cuts in calculations. At least, that's what most physicians have thought. Professor Luan and his team realized you just need a credit card.


Physics graduate student Roy Keyes, a member of Luan's team, set out to tackle the problem in the cloud.  He created new treatment calculations while Christian Romano, an undergraduate computer science major on the team, determined how to run the calculations on 200 different computer nodes rather than one super computer.  They went to Amazon's web services with Luan's credit card and found they could reduce a week of calculations to less than 15 minutes at a cost of about .10 cents an hour for computer time.
The process won't be ready for every day use for a couple more years because the grad students need to get a medical license for their technique. But the promise is enormous. Keyes told KRQE TV in New Mexico that he thinks this is just the beginning of what medical research can do with affordable access to the cloud. In fact, he recently finished a presentation in Amsterdam on how the research and technology works and is scheduled to make other presentations.
In a university press release, Professor Luan explained it like this: “In the Computer Sciences lab upstairs they probably have fifty or sixty machines, and a lot of students using them. You cannot just say I’m going to use them all today. But in cloud computing, we just basically type in a credit card number and say give us 200 nodes. And they give it to you in maybe five minutes.”
So maybe the cloud actually can help cure cancer -- or at least dramatically improve the quality of treatment and reduce the risk of collateral damage.  If only it could clean up an oil spill.
Posted by Bill Bellows at 12:28 PM