CAFL and the Uber Cloud


I think high schools and colleges should consider offering a new course called CAFL -- an acronym we invented for Cloud as a Foreign Language.  In it, students would learn words like IaaS (infrastructure as a service), SaaS (software as a service), PaaS (platform as a service), Virtualization, Virtual Cloud, Hybrid Cloud, Public Cloud, Private Cloud and many more dynamic new additions to the language of the cloud that combine to make Ms. Connevey's high school French class all those years ago seem like un morceau de gâteau by comparison.
My suggestion for the final exam of CAFL would be to ask students to define the Inter-cloud. 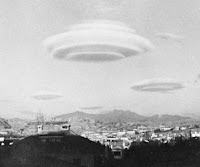 Oh yes, you marketers of the abstract, obtuse and occasionally ridiculous, the nascent cloud lexicon is already moving to the next level.
Just for starters, here is how Wikipedia defines Inter-cloud idea: The Intercloud is an interconnected global "cloud of clouds" and an extension of the Internet "network of networks" on which it is based.
Now, I could stop here, because I'm sure most of you completely appreciate the value of such a succinct definition.  Doesn't it stand to reason that the Inter-cloud would mean "cloud of clouds," "network of networks."
But for those of you, like me, who might require just a smidgen more, let's push on to Lesson Two.

In an April 2009 blog, this is how Cisco defined the Inter-Cloud:
By now, I'm sure you have it.  But just to wrap this one, let's take one more crack at it just to prep for finals.
The Intercloud is really a futuristic concept of an uber cloud -- one all-encompassing cloud made up of the combination of all clouds -- thus a "cloud of clouds." It will incorporate the power and storage of all its member clouds. When one member cloud reaches capacity, it can use the combined processing and storage of the rest of the Intercloud (presumably for a fee).
If I have this wrong, please let me know. I'm bucking for an A in CAFL and there are no Cliff Notes!
Posted by Bill Bellows at 1:32 PM