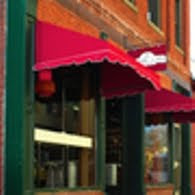 Defining the North Shore of Massachusetts has been a subject of debate for as long as I can remember. My childhood summers, for example, were spent on Salisbury Beach -- a beautiful stretch of dunes and salty air lying just south of the New Hampshire border. To those of us who were fortunate enough to spend summers splashing in the waves on Salisbury Beach, the much more famous Cape Cod might as well have been on Mars. We knew where it was, generally, but we had no reason to go there. We had our own beach, and the Cape people had theirs. North Shore residents, by the way, also have their own cape -- the lesser known but still striking Cape Ann.
The North Shore used to be primarily defined by the coastal towns just north of Boston. Towns like Rockport, Gloucester, Ipswich, Marblehead and Manchester-by-the-Sea, for example. But today, the North Shore is generally used to describe all of the coastal communities north of Boston and south of New Hampshire. So Newburyport, the towns of Rowley and West Newbury, Salisbury Beach (of course), and also the town of Beverly, which is located in the heart of the North Shore.
It is in this quaint, relatively quiet town of 40,000 people, where there's something peculiar brewing -- and it's not just the coffee at The Atomic Cafe on Cabot Street.
Mainly by chance, this home to the Cabot Street Cinema Theatre -- host to the longest running magician show in the U.S. -- is where PR 2.0 practitioners of the North Shore come to meet on a regular basis to talk shop, share best practices and new ideas, discuss trends in social media, the best ways to pitch a particular blogger, who's hot, who's not, newer technologies such as cloud computing and tablets, their best clients and their clients from hell. And all of this high octane conversation fueled by the delicious lattes, cappuccino and chai concoctions thoughtfully prepared by the baristas at The Atomic Cafe.
Participating in today's meeting of 3Point associates were several experienced PR pros whose careers span the broad spectrum that includes global PR agencies, smaller highly focused firms, the corporate side and on their own as solo PR practitioners.
The discussion touched on Twitter as a "news feed." "I don't even need to read the trades as religiously as I used to," said one associate. "I use Twitter to follow the writers and influencers important to my clients. The ideas and links they are posting are what's most important."
There was more discussion of Twitter. "It's not a competition," said another associate. "It's not about the number of followers. It's about having the right followers, the ones who influence the business of your clients."
"You know what's hurting our industry," chimed yet another. "It's the PR person as 'rock star.' It shouldn't be about us being the rock stars or about our number of followers. It should be about us helping our clients become the rock star. I like to tell the stories. But I'm not the story. I'm the broker."
And, finally, yet another seasoned pro said, "Some clients are so concerned about 'where' to have the 'conversation' with their customers and prospects -- Twitter, Facebook, LinkedIn, etc. -- that some are missing the opportunity to have the conversation at all."
Nearly two hours had elapsed since the group sat to sip their first cup of coffee and started to tackle the challenges and opportunities facing our clients and our trade.
It was time to get back to the office and to other work.
For Thursday is another day, when another group -- The North Shore PR Coffee Meetup -- comprised of North Shore-based communications professionals, will meet at the same spot and will refuel with that great java to take on -- once again -- the industry's hottest issues.
Posted by Jim Barbagallo at 10:13 PM