Built It and They Will Come...ah, I Don't Think So. 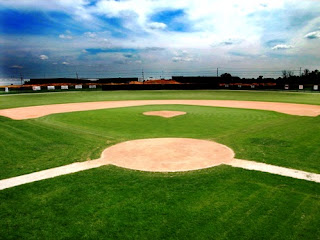 I'm sick and tired of surveys and self-proclaimed pundits claiming that the Bay Area is the end-all, be-all when it comes to technology innovation.  I'm willing to bet a week's salary (no jokes) that Greater Bostonians appreciate technology innovation as much, if not more, than our Bay Area brothers and sisters.

Just eavesdrop on a conversation or two at the Starbucks at 755 Boylston St., Boston or during business breakfast hours at Henrietta's Table at The Charles Hotel in Cambridge, MA and you'll be witness to Boston's appreciation for technology innovation.

What has me fired up is this:  a research consultancy -- Penn Schoen Berland -- did a pretty clever thing this week when they announced the findings of an online survey, focused on the Bay Area, to herald the opening of their new San Francisco office.  They called the research "The Bay Area Future of Technology Survey" and not without some pandering to their latest host city, called out attention to the "fact" that Bay Area residents are generally more tech savvy than non-Bay Area U.S. residents.

So right away, to me, it's a west coast vs. east coast thing.

While the survey results show Americans-at-large "are embracing the future of technology" and are generally excited about innovation and technology trends including cloud computing and convergence, they also show that the the good citizens of the Bay Area are "different."  Yes, that's the word the firm uses in it press release-- different, as in special.

Different how, you're thinking?

Well, according to the results of the survey, more Bay Area residents vs. the rest of the U.S. population are excited about future technologies, hold more dear the "latest and greatest" shiny objects that are introduced and desire a greater level of engagement  in "making new technologies possible and accessible."

So do Bay Area residents really appreciate technology more than folks in the rest of the U.S., including greater Boston, which when I last checked (and I check every 30 seconds or so) was still considered to be one of technology's global centers of gravity?  It's really hard to say and one certainly has to to take with a grain of salt the results of a survey that queried only 501 people and was issued, in large part, to condition the Bay Area market for Penn Schoen Berland's arrival.

I will go out on a small limb to say greater Bostonians likely appreciate diverse technologies more than Bay Area residents because we are no longer the IT-centric region we once were.  Instead, greater Boston is now home to a very diverse community of innovative businesses in pharma, bio-tech, life sciences, nano tech, semiconductor manufacturing, defense as well as IT (including cloud and mobile/convergence).

The survey results aside, I think there's at least one area where Bay Area residents separate themselves from greater Bostonians and everyone else in the U.S.  And it is this:  they do the best job of promoting their offerings, likes and dislikes, while Bay Staters have had, at least historically, more of an engineering attitude about technology and innovation:  "build it and they will come."

Perhaps Bill is right on this.  Perhaps we'll conduct a survey to find out.
Posted by Jim Barbagallo at 6:27 PM