It seems like only yesterday when cloud computing was considered a dark magic – fringe technology that only a handful of the brightest technologists claimed to understand. Its business benefits not quite clear but its business risks all too clear. Earlier on, only the most aggressive large enterprises demonstrated an interest in cloud computing although caution flags dotted their path. Those brave enough to put a toe in the cloud computing waters did so with some courage but with much trepidation.

Fast forward to today and the cloud hype is deafening http://www.gartner.com/it/page.jsp?id=1124212.

Everyone is shouting, from Oracle – just one of several enterprise software companies currently expounding the virtues of cloud computing – to Microsoft, HP, IBM, VMware, among many others. While a number of these companies are promoting their unique definition of cloud computing (in part, to leverage their technology “differentiators”), the one thing they do have in common is the conviction that the cloud isn’t going away. 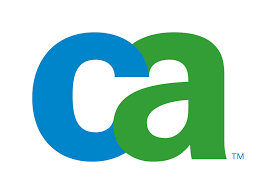 A resurgent CA, Inc. is following in Salesforce.com’s footsteps in terms of making a very aggressive cloud computing push. CA’s recent acquisition of 3Tera, an established cloud computing company (www.3tera.com) – when combined with the recent flurry of CA’s cloud-related M&A activity -- sends a signal to the rest of the industry that the company’s transformation toward relevance and also toward cloud computing leadership is real. “It looks like CA paid well over 30 times 3Tera’s revenue. Such multiples are fairly atypical in tech (mergers and acquisitions) today, and very atypical for CA,” said a 451 group analyst http://bit.ly/bKu0Yf.

The battle for cloud computing dollars in the enterprise is officially underway, and if Saleforce.com’s recent earnings and CA’s acquisition spree are any indication of a trend, the price to play will keep going up.